So across the Vilnia river from Vilnius’ old town is a neighbourhood called Uzupio, which really deserves its own post.

Uzupio is the bohemian/artistic neighbourhood of Vilnius which unilaterally declared itself as an ‘independent republic’ a couple of years ago. It has a president, ministers, a flag, the works. Lots of artists, painters, students live in Uzupio (including the tank-wielding ex-mayor of Vilnius that featured in the previous post).

So basically you cross the river from old town and are greeted by the entrance of Uzupio. The rules are: you gotta smile, drive slow, respect the art, and try not to drive into the river. Already you can see that these are great principles to live by. 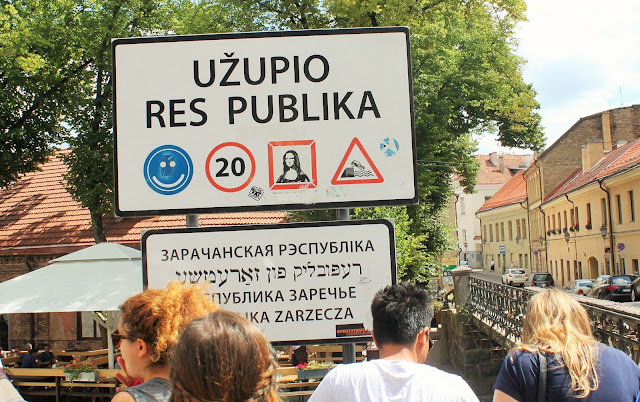 You really can’t help but keep smiling/laughing when walking around Uzupio, mainly because it feels like the place is sharing an elaborate inside joke with you.

Here are some reasons why Uzupio is fabulous: